Asda is sending Â£3.50 boxes of wonky veg to 550 stores across the UK â€“ is this the answer to our food waste crisis?
At WT Skip Hire, we followed BBC One series Hughâ€™s War on Waste in the run-up to Christmas. The show saw Hugh Fearnley-Whittingstall campaign to tackle food waste. One of his main concerns was the aesthetic standards imposed by big supermarkets on the produce they receive from farmers, resulting in tonnes of edible fruit and vegetables being thrown away every year. 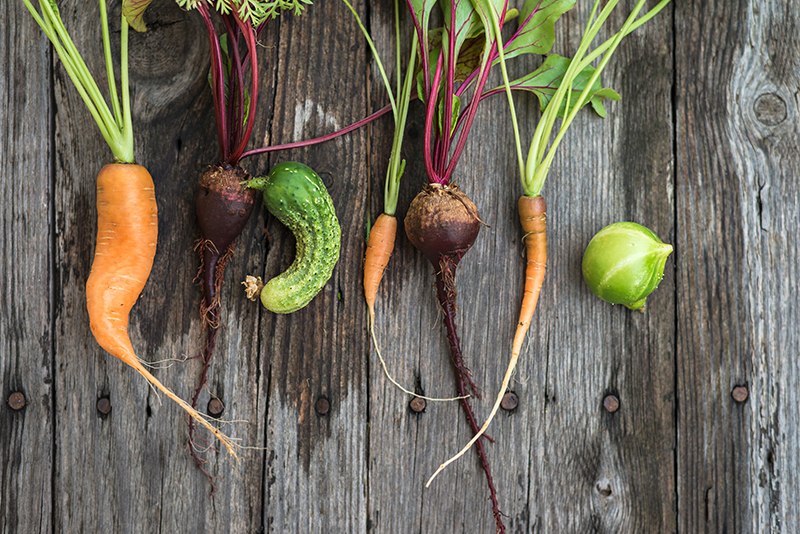 Prompted by the show and subsequent media coverage, the UKâ€™s leading supermarkets have announced new schemes to tackle food waste. While many of the big stores have been shifting imperfect veg through their basics line for years, thereâ€™s been a new push in 2016 â€“ and Asdaâ€™s wonky veg boxes are part of that phenomenon.
Asda trialled its â€˜wonky vegâ€™ boxes in 128 stores in early February. At just Â£3.50 each, the boxes contain enough in season veg to feed a family of four. The wonky veg boxes were a hit, and Asda say that over 35,000 people liked, shared or commented on their Facebook post announcing the new scheme â€“ proving that the Great British public are getting over our obsession with perfect food. Now, Asda is rolling out the wonky veg boxes to 550 of its stores throughout the UK.
In a press release, Ian Harrison, Asdaâ€™s produce quality director, said:
â€œWeâ€™ve been absolutely overwhelmed by the response to our wonky vegetable box and think it shows just how conscious our customers are of food waste, particularly in the produce aisle.
â€œWeâ€™re extremely excited to be able to bring the wonky veg box to even more people across the UK and in turn, further support our growers to ensure weâ€™re buying as much of their crop as possible.â€
Although the wonky veg box is a change for the better, there is still more that needs to be done. Waste Resources Action Programme (WRAP) figures show that food waste from stores only accounts for just over 1% of all food waste in the UK. More than half of it comes from peopleâ€™s homes â€“ so we need to change our habits and start using up the food we buy.
Find out more about the War on Waste campaign and sign the food waste pledge at www.wastenotuk.com. Donâ€™t forget to share your waste reducing tips with the hashtag #WasteNot with @WTSkipHire on Twitter!